If you’re not growing, you’re dying. Sports, business, life…in this day and age, with the way the world is, everything is evolving and moving so quickly if you’re not constantly reinventing yourself and your business you’re quickly left behind.

Adversity and suffering force change. Many of us start from a place of fear. We’re taught to look at pain and suffering as negative, bad, frightening; something to try to avoid at all costs because, whilst we’re in that state we’re not comfortable; not “safe.” The sooner in life that we can come to the realisation - that failure, pain, struggle – are the stepping stones to success and thriving, our entire life shifts.

We all go through tough times. Climbing the mountains of life then all of a sudden, finding ourselves right back down in the valley; it’s an endless test of resilience and how much we’re really willing to endure. Yet that’s what adversity and suffering is: it’s the breeding grounds of growth which take you to the next level and the ultimate test of how badly you really want it. Only under extreme pressure are the world’s most precious gems formed. Once we shift to look at ourselves like that gem we realise we need the pressure and suffering for our best selves to shine through. Being comfortable is the enemy of success and growth, there must be friction for growth.

Our current times are a perfect example; as we move into a new world of “after Covid,” everyone’s lives have been shifted, some more than others and in every way imaginable, but we’re now being forced to reinvent ourselves. Yet if we can take a step back; to pause, to stop, think and realise it’s our reaction to circumstances that’s deciding and dictating our lives not necessarily the circumstances itself, we can start to change the lens through which we see the current situation and to clarify the new future we’re creating and moving into. We’re not simply moving back into “who we were before…,” but to a fundamental state we can stand upon to take stock; to look around and notice things we may not have before - to expand and grow into a new self that three or four months ago we couldn’t possibly thought we were capable of.

Having been an athlete for majority of my life, I have come to love the reinvention that sports and athletes must embrace in order to see the tangible results of what’s possible. Six months ago, I set out on a journey to prove exactly this point to myself and others in the realm of running. I was confronted with tough times across multiple aspects of my life as well as stepping away from the identity I created for myself of “Trent the MLB baseball player” which I’d done for the past 15 years. So many former athletes, business professionals, even parents; once their children leave home are faced with the challenge I faced: “Who Am I Now?”,

As I searched for meaning and new direction in my life I fell into the realisation that we’re all the same. Yes, I was discovering myself through endurance running, but that was just the vehicle; the delivery mechanism for my own delivery of self. As I started to set new goals well beyond what I was currently capable of, the pain, fear, discomfort – the epiphany of it all - opened my eyes to not just myself, but to others around me. Maybe there’s something to this for all of us in all aspects of our lives. What if I can not only run a marathon but run it in under three hours just six months after struggling to run 5m? What if doing something that was once perceived impossible by myself and others is possible by simply running – on the road and through my fear.? It’s an amazing analogy to the recipe for growth, change and reinvention.

Surround yourself with others playing way bigger than you. All of the sudden, by simply being around others and breaking through the excuses you have as to what your limitations are as to very thing they’re doing cannot be done; you begin doing just that thing. There’s a quote that I love and is so true; it states: “show me your friends and I’ll show you your future.” Think about it, if the five closest people around you are saying something can’t be done, it’s much easier for you to simply fall into the same belief of “you’re right, this can’t be done.” Counter that with that same person with five people around them who are walking the walk and already doing it, all of a sudden that person starts to talk and walk a little differently; and before you know it, is right in line with the others doing the once perceived impossible.

The future can be a scary place to some as it’s the unknown. It can also be a place of total unlimited possibility as the future always is and always will be a blank canvas of opportunity. Reinvention and true growth is the letting go of what was, releasing the past, refusing to just surviving and taking the leap into the realm of thriving through change and turbulent times. When we move to a bigger arena of creation taking the brakes of our self-created limitations and really dive into the true essence of, we’re all limitless in what we’re capable of. All of a sudden we can start to see and shift into a future that pulls us in a direction of extreme growth as it’s such a shift that forces us to raise the bar on our current state of consciousness and reality to start moving into this all new possibility. Again, it’s all a blank canvas so, at the end of the day, we’re all the designers – the artists - of our own lives and it simply comes back to imagination. This is the only difference between people’s lives. 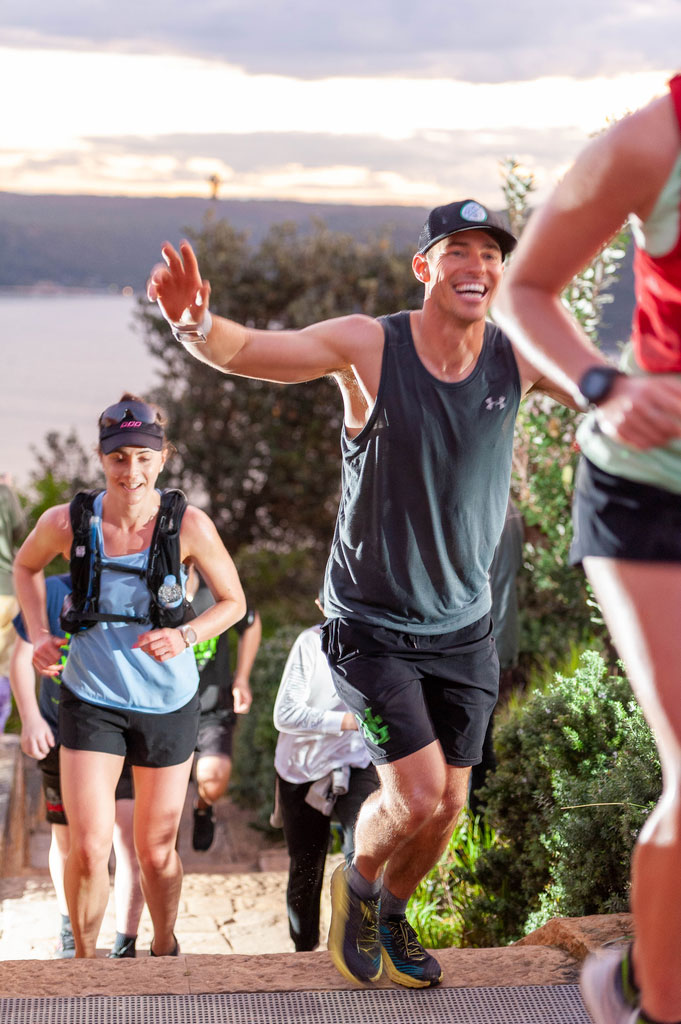 When I announced I was going to run 107km in my second Urban Ultra merely three weeks after running my 1st 80km Ultra, it simply seemed impossible in other people’s minds as they couldn’t see me doing it, especially coming from a Baseball background where the furthest I ran was from home to first or tracking down balls in the outfield gaps. In my heart, I know that when I make a decision to do something it’s as good as done. Anything can seem impossible until someone does it and we revel in that feat once someone does it as, in a blink, the impossible doesn’t seem so far fetched anymore. The four-minute mile was once considered scientifically and physiologically impossible; held, like the speed of light, as a “universal speed limit.”

Thehuman body was deemed incapable of withstanding the pressure and stress to move over ground that fast. As we’re getting into this now and you’ve heard those words before doesn’t that sound like the grounds we’re actually looking for: extreme pressure and stress. Then comes Roger Bannister who just didn’t listen to the naysayers. With an unconventional gait and style and whilst studying to be a doctor, Bannister trained and trained until in 1954 he ran the mile in 3:59.4 seconds. The most interesting part of this came after the fact. That record stood just 46 days and in the next month, a dozen people also broke the four-minute mile and in the following six months, over 50 people had broken the four-minute mile mark. Today, that mark is almost commonplace with 1000’s of people having achieved it including high school kids breaking the barrier. Amazing isn’t it; all of a sudden we shift from probability to endless possibility.

It’s in the face of extreme adversity and suffering - where you feel like you simply cannot take another hit - the ultimate resilience is built. With your back against the wall, you simply are forced to make a decision: do I stay here blaming circumstances and the hand you’ve been dealt? or am I in such a state of suffering that I am willing to be brave enough to draw a line in the sand and say: “No more; shit is going to change.”

If you chose the answer I did: Boom!! Congratulations and welcome to a new life. Not ideal and not the comfort we all search for, but necessary to make a lasting change and grow.

“The price of greatness is responsibility”