“Hatters gonna hate” - There’s a thing in Australia called tall poppy syndrome. Have you heard of it? It’s a pretty prevalent thing — they even teach it in school. Poppies are tall flowers, but they don’t grow taller than the rest of the flowers, so there’s a mentality in Australia where people are really happy for you to do well; you just can’t do better than everyone else or they will cut you down to size. it’s an Australian analogy given to when someone breaks through and stands above everyone else in the field. 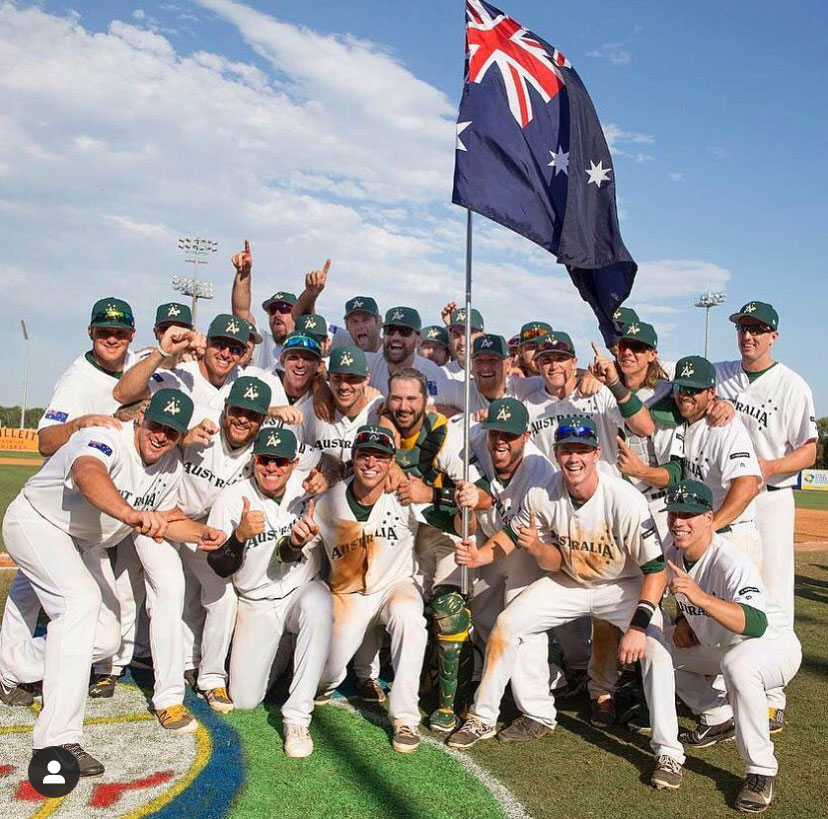 Australians like to think of themselves as the underdog that “Aussie battler” is a term a lot give to themselves and there’s honour in that in our culture but the minute someone stretches beyond that so called “battler mindset or mentality” well then we’ve now reached to much success. Once you separate yourselves from the pack others will immediately attempt to cut you down.

When does this happen you ask? The very minute you step beyond what others can’t imagine themselves doing or even comprehend then they will cut you down quicker than you’ll know what hit you.

Shouldn’t they be happy for others success? Yes, you would think so wouldn’t you truth is others tear you down to make themselves look good or feel better about themselves.

At times this can be some of your closest friends, teammates or sometimes worst of all even family members.

I’ll never forget we sat in a big board room in Japan at the World Baseball Classic in 2017. Each player went around and told the group about themselves and what they want to be remembered for. I liked the idea of it from an overall perspective but was also amazed at what I was hearing.

Each player in the room had defined themselves as pretty much the same type of player - scrappers, battlers, underdogs and that’s what they were bringing to the World Baseball Classic was that same mentality. I’ve got news for you if you walk out on that field in front of 40,000 screaming Japanese fans playing their ultimate star studded team with a pay roll of well over 100 million dollars and you don’t believe you’re worthy to be on that field with them, I’m sorry but the battle is over well before it even started.

After our team meeting, that afternoon couple players put together a group chat for the players and the team photo was a sick looking, old beat up dog supposed to represent an underdog. I looked at this for a while , then said to myself “this isn’t it".

If we’re actually going to walk out on that field and win we need to feel and deep down believe we can.

I put a photo of a wolf in the chat and said this is what we are not a sick, homeless looking, starving dog!! I wanted to go to war with a pack of wolves not sick dogs. This was of course cut down with the same old limiting belief of “this is who we are” I was trying to show them that day there’s an entirely different lens we can look through at life. Of course this creates fear and tension in others as we’re challenging their limitations to help them see the window I look through at life is much larger than the window they are looking through, but we all have that choice. You need to believe you’re just as good if not better than anyone else on that field.

Switch out field for whatever we do in life. Believe you’re the best Dad, Mother, friend, partner, mentor, manager, athlete, student or whatever hat you put on and step into those shoes.

Don’t listen to the naysayers telling you “you can’t, just because they can’t see themselves doing it”

You would think a country would be proud of the first ever Australian Baseballer committing to Stanford University on a Baseball scholarship. Well it’s about 50/50 which is hard to comprehend. Half say congratulations amazing other half say you’ll never play, should have gone to a Junior College, should sign pro for a couple hundred thousand dollars. Are you out of your f….. minds. If this was Chase there’s no amount of money that could buy him out of this opportunity to completely change his life well beyond Baseball. This is even true for the players signing for millions of dollars “oh he’s not worth it, he got lucky” what the f…. people! Kid that gets selected for the team over his/her teammate and best friend over the past 4 years, all of a sudden that friendship is tested.

Unfortunately, it never ends. You raise your kid to be an amazing human being and your friends kids are the complete opposite behind your back will always be the, well easy for them because of ……… or you only got the promotion because you’re in tight with the decision makers or head of department. Well how bout I’ve already been doing that job for the past 12 months with out the title or promotion, simply saw the gap and helped the company fill it. Margot Robbie arguably one of the best actresses ever to come out of Australia and the world right now is constantly being quotes referring to the tall poppy syndrome back home not to mention other athletes, performers who have risen above.

Keep your eye on the prize and surround yourself with those people who will actually allow you to stand on their shoulders vs cut you down.

Stand tall!!! Lets get it