We all want to be the best version of ourselves

I was accustomed to meditation but hadn’t done it in quite some time, maybe 3/4 months as I was running 6/7 days a week which I was using as a type of mindfulness as well as to put myself in that peak state “the zone”. As I sat on my balcony in Dana Point taking in a moment while Chase was asleep I decided to give myself some space with a quick five minute meditation. 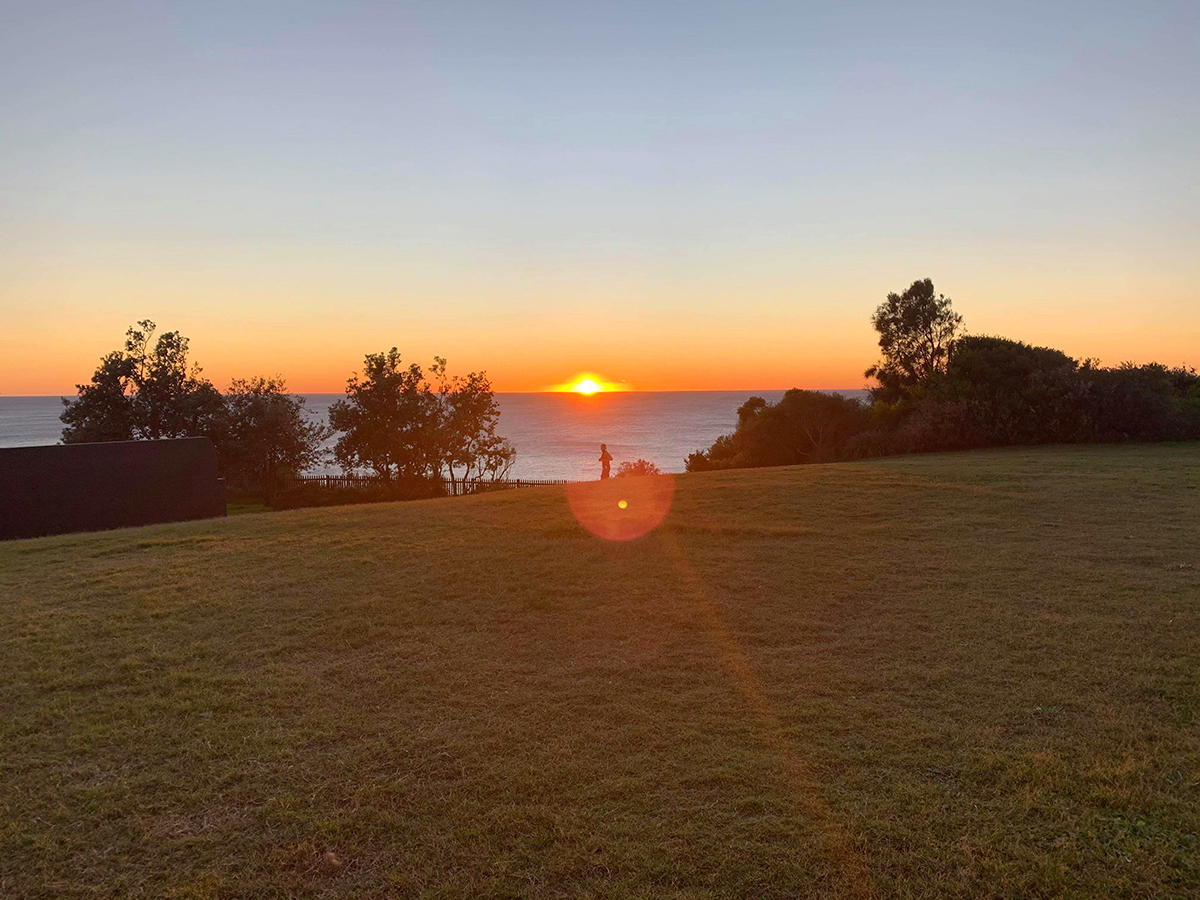 As my breath started to deepen and heart beat slowed I found my mind releasing into the meditative state deeper than I recalled it used to. Maybe it was the running and my lung capacity being able to take in more oxygen or my resting heart rate may have dropped so maybe it was helping. Again, Trent, take the mind out of it, don’t try and label the feeling or make sense of it, just be……

I opened my eyes as the voice disappeared. The palm tree leaves blew right to the left as the trees swayed, it was quite the breeze coming through as it usually does off the ocean off in the distance. But what I noticed most was whilst everything was being busy pushed and blown around me I was still, my mind was at complete ease and I felt in complete connection not with my turbulent surroundings as the trees blew but of myself…..

What????? What if this is similar effect in life? I’m constantly pushing, going, going, going, up down, up down. What if I just needed to take a step back and be at peace and complete control of my inner centre not reacting to the million things around me, I’m trying to constantly give attention. With this new space I now felt like I had an all new energy and clarity. It was the feeling after you clean the house or take your car for the kit and caboodle car wash inside and out and jump in it for the first time afterwards. I’d unconsciously done my inner housekeeping and let go, without any thought any effort just let go!!

Only other times I’ve ever felt true peace and presence like this (yes I access the runners high and flow state every morning pushing the envelope with my running) but there it’s a little different when your heart rate and breath drops to all time lows vs spiking and the blood rushing through your veins with adrenaline.

Both times were during Baseball and both similar results both ending in a broken nose and fractured eye socket.

I know, not very upbeat and inspirational but like everything we’ve been through in our lives it’s the lessons we can take from being knocked down that all of a sudden strengthens us and enable us to climb to all new heights, which maybe we wouldn't have been able to reach or see before.

It was Spring Training of 2004 I had just came off a decent year in the Florida State League (A+) for the Minnesota Twins and one of the toughest leagues in the minor leagues due to it’s combination of humidity, scorching heat and huge ball parks. The humidity and heat are absolutely energy draining and by the All star break I was completely out of steam. The old go to the cage and hit each night till my hands bled was coming back to bite me in the ass big time, my bat felt like I was swinging under water. The humidity also doesn’t allow the ball to travel as far and hangs up in the air longer enabling the outfielders with speed to run down those ball in the gaps which usually would have been at the very least hits or extra bases, now they were nice swing, OUT.

So back to my lesson on mindfulness.

Thinking I’d overcome the dreaded Florida State league in 2003 I was ready to make my mark on AA New Britain and was now one step from the big leagues as many top prospects will get called up right out of double A. Team was star studded that year with bunch of guys who would eventually make the big leagues including Garret Jones, Alex Romero, JD Durbin, Francisco Liriano & many more.

We were towards the end of Spring Training and the Double A squad the future Rock Cats were taking live batting practice out on Field 3 at the complex. Loriano was pitching and I was in the group with the outfielders including Jason Kubel, Alex Romero, Garrett Jones and myself. Romero was up to bat and I was watching closely as I waited to step in next. To make everything move faster and keep the balls in play the hitter is surrounded by the batting turtle or cage that rolls on and off the field. Chatting having a laugh with Floyd Rayford my hitting coach from the past 3 years and biggest sponsor and mentor in the organization at that time. All of a sudden I remember a rush of heat and ringing flow to my head and my vision start to blur. As I reached up to touch my face and lowered my hands back in front of me I noticed I was bleeding and not just a scratch, my white batting gloves were starting to fill with blood. As fear started to rush my body I recalled what had happened. Romero’s bat had broken in half piercing the net and striking me in my left eye.

As I blinked each eye, I noticed when I closed my right eye I couldn’t see.

More panic rushed my body and mind as I now told Rayf and the others around me “my eye” as I started to look down looking for the unimaginable a trainer grabbed me, asking me to sit whilst holding a towel over my face. “my eye” I continued to yell it. The trainer calmly said “Trent it’s swollen shut” Like my favorite movie character Rocky, I had taken the ultimate blow closing my eye over immediately. “Okay at least my eye isn’t dislodged” I thought as the rest of my team mates stopped searching for my eye.

Sirens started to sound, The Fort Myers fire brigade was the first to arrive on the scene as they were right around the corner. I could sense people were starting to gather around and I could hear people say what happened? who is it? “It’s Olch" I could hear people say in concern. They bandaged my head and walked me over to the just arrived ambulance who had just pulled in. It was in the back of that ambulance at the time when you’d imagine I’d be at complete despair that my career could be over and everything else you could possibly imagine could be going on in your mind that I was at complete peace. I was completely present, I had no thought about anything into the future of the season baring down on all of us or where I would land or what position I would play. I was completely and utterly in the moment, in the back of the ambulance in Ft Myers Florida with a towel and bandage over my face.

As I’m writing this it sounds fairytale like and quite unimaginable but I remember taking a breathe and just feeling like I was melting into the bed I was laying on completely ok with what ever was about to be. Because you know what, thats all we ever can be. We do not and will never have absolute control over what happens to us but what we can control and focus on is our reaction to it.

Yep, we’ve all heard it before but this day end of March in Ft Myers I was given a front row seat to it.

They did every test known to man that they could on my eye and every couple days I was back in to see the specialist to check on the healing and progress of my eye.

I quickly became an expert on eye pressure, retina, cornea & later would get a self designed phd on blood clots behind the eye.

Two/Three weeks later the swelling went down and I was able to start playing rehab games with the rookie ball team which was based in Florida. The games were all middle of the day with the Florida sun beating down and bright. The cornea in my eye had been damaged which means the ability to retract and contract didn’t work correctly in my left eye. If you look closely my left eye always looks more dilated than my right. The whole function of this is to retract when it’s bright to minimise the amount of glare that gets into the eye.

Welcome to the resilience muscle once again!!

Ok this was going to be a new speed hump in the road, I would have to learn to hit with sunglasses on during the day.

0-12 in my first 4 games, I told coaches and trainers my timing was just off from so much time away but deep down I knew something was off and the glasses were just making it even harder as the depth perception from the lens was throwing me off.

If you saw me play and it was a day game with any kind of glare around you would have noticed I had eye black on. Eye black under your eyes is supposed to soak up glare taking it out of your eyes. Not sure the science behind this but once I started using it as an absolute last resort, I started hitting, thank goodness, haha.

It was also a pregame tradition mentally that would help me lock in and officially make that transition back into the flow state. With the pregame and everything else that goes into preparing your body for the nightly unknown battle, nothing like looking face to face with yourself putting two lines under your eyes whilst staring straight at yourself it’s very gladiator esk.

Showtime….. I would say to myself.