Launch angle is a big time business and buzz word amongst coaches at the moment in the Baseball world. 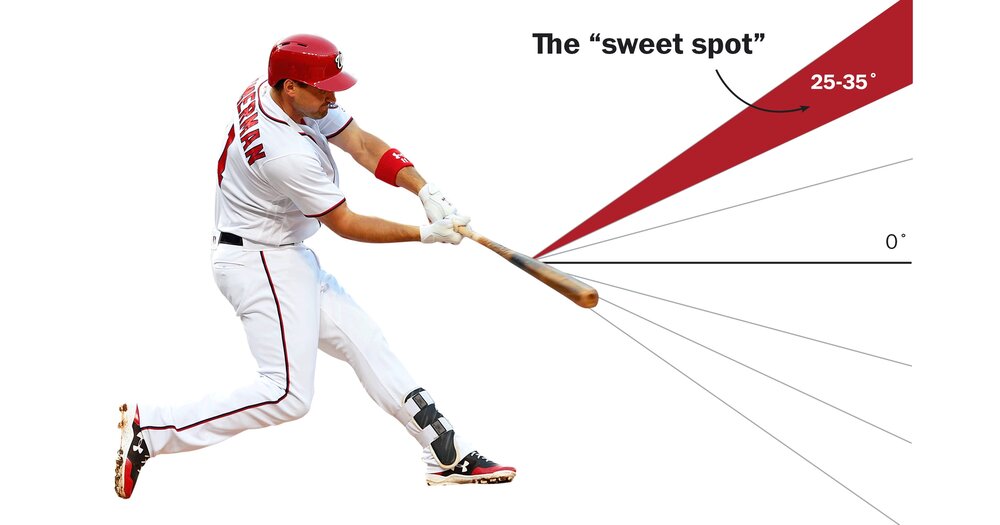 Launch angle is a big time business and buzz word amongst coaches at the moment in the Baseball world. I’m not sure whether coaches have heard MLB analysts discussing the topic whilst watching MLB games or on these fancy technology devices now where data ranks king they have to try to put meaning to it as it’s a reading that comes up on players reports so they feel the need to explain it the best they can and the only way they’ve heard with it in regards to a 6’3 fully grown man who’s exit velo is consistently in the upper 90’s.

Well, what if you’re 5’7 & 14 years old? Your exit velocity is going to be more in the range of 65-75mph at best and the same ball you’ve been told is the perfect launch angle by your coaches which is optimal in the major leagues around 25-35 degrees is now just a fly ball out.

Listen, I understand the logic of teaching kids what the best are doing and learning.

That’s honestly my mantra with the kids. “Success leaves clues” let’s find what the best in the world are doing and mirror it. True in so many instances but the launch angle debate is one which when I continually break it down and try to make sense of it 25-35 degrees for 14 year olds just doesn’t play.

Yes, we want them to keep the ball off the ground. In a perfect world without getting to technical or blowing a kids mind trying to figure out his exact degrees the ball is flying off his bat, let’s start with the ultimate goal in mind and reengineer it from there.

This is how I do many things in my life. I have the ideal final goal in site then I re-engineer it the best I can from there.

The ultimate goal as a hitter at ANY AGE is to consistently hit a long line drive to the outfield.

Sometimes it’s going to go higher due to where I made contact with the ball, sometimes lower. Yes, contact point greatly effects launch angle. If a kid is hitting the ball continually into the ground well there’s a good chance he may be making contact to deep in the swing plane. On the opposite spectrum same thing if a kid is continually popping the ball up he may simply just need to let the ball travel a little more. Before we go into players mechanics lets tick these boxes first because it may be as simple as let’s change your sights of where you’re trying to hit the ball. The kid beating the ball in the ground lets try to hit the ball little more out in front and if you’re right handed let’s drive that ball into the left-field gap. Again, give them the final result at let them recalibrate themselves to figure it out.

The ball never lies, this is why I like to hit out on the field as much as I can.

I noticed this as a player, it gave me immediate feedback on what the ball and my swing were doing.

Reminder, this was well before Rapsodo, Diamond Kinetic or all these bat/tech sensors were invented.

Eventually, you get so in tune with your swing you can feel and recognize immediately what is going on. This is the result of millions and millions of swings honing in what works and what is happening when something is off. Which, as we know as hitters, this is a lot of the time.

It’s a very small amount of the time as hitters we’re in that ultimate “zone”, where every at bat you say to yourself as you walk up to that batters box “I’m about to do something special". This once again is the ultimate goal to remain in this space as long as possible. There’s a lot more that goes into this than just launch angle trust me but that’s a conversation for another day.

Another couple check points for you if a player is constantly hitting the ball in the ground. 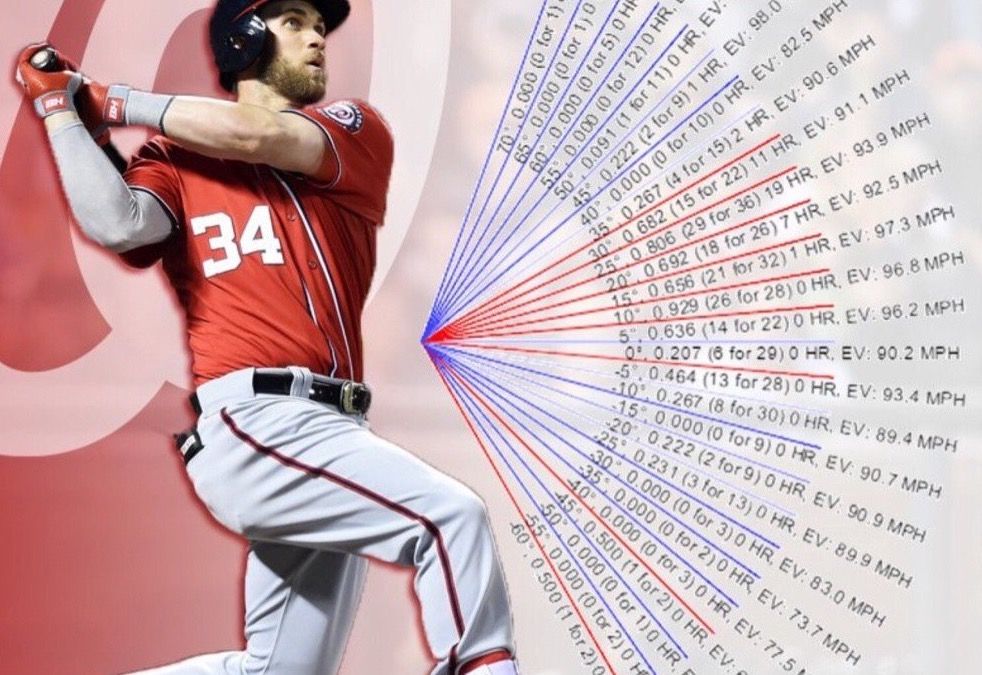 After you’ve checked the contact point now have a look at the sequence of his/her kinetic chain (hitting from the ground up) generally what you’ll see if a kid is hitting the ball in the ground the hands are attacking to early, which will generally come in too steep and hit the ball down on the ground or splice the ball so you may hit the ball in the air but it will be glanced vs hitting right through the middle of the baseball. In other words, you won’t be hitting the ball nearly as far.

Ever notice when kids are doing exit velo testing off the tee, the balls hit the hardest are the ground or low line drives. Kids will constantly say ahhh it’s busted, or the radar is off. If you think back to the last MLB game you watched, you would have also probably noticed one of the power hitters hitting a 109mph ball straight into the ground. This is what I’m trying to explain it’s not ideal result wise because ground balls as you move up the ranks are going to turn into more and more outs but it’s telling us where on the baseball the ball is actually hit the hardest.

HIT THE HARDEST. The ultimate goal is a long line drive. So now we need to combine this velocity with getting the ball getting up in the air whilst also creating backspin by hitting the ball just out of the true centre of the baseball to create the optimal distance travelled.

This is where the magic comes in...... Once the player learns to hit from the ground up,using hip and shoulder separation naturally the ball will now come off at their optimal launch angle.

Not once have I mentioned exact degrees to the player but we’ve got to the same result.

Hitting is a game of dominos. Once everything is lined up (which is the endless practice honing these different positions) then all the player needs to do is simply start the engine and let the rest fall into place.

This also opens up the players ability to access “The Zone” more consistently because you’re actually helping them take the mind and thought out of the swing. See the ball and hit it as we’ve all heard so many times before.